Will fight even with God for farmers: KCR

By IANS
October 1, 2020
0
13
Facebook
Twitter
WhatsApp
Telangana Chief Minister K. Chandrasekhar Rao on Thursday made it clear that when it comes to protecting the interests of agriculture and farmers in Telangana State, he would not mind even fighting with God. 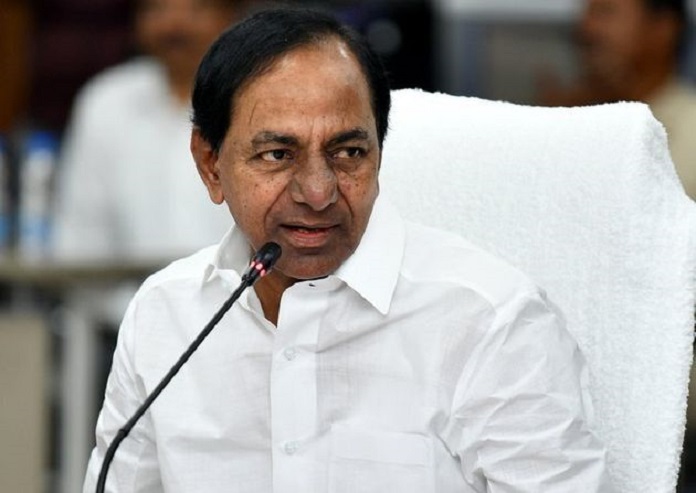 He said the Telangana statehood movement was interlinked with the water issue and the farmers in Telangana stood first among others in getting the high yields. Stating that Telangana had become the granary of the country, he said there is a festive atmosphere in the agriculture sector.
KCR, as Rao is popularly known, said by strengthening the irrigation sector, tapping the river water, efforts are on to turn arid fields in Telangana into fertile lands.
Against this background, the rightful share of every drop of water from Godavari and Krishna rivers would be utilised optimally and without fail, he said at a meeting with officials called to work out the strategy to be adopted during the October 6 meeting of Apex Council over sharing of river waters between Telangana and Andhra Pradesh.
KCR directed the officials to put forth powerful arguments supported by all the required data. State Planning Commission Vice Chairman B. Vinod Kumar, Government’s Chief Advisor Sri Rajiv Sharma, CMO officials Narsing Rao, Bhoopal Reddy, Advisor (Irrigation) SK Joshi, Principal Secretary (Irrigation) Rajat Kumar, and others participated in the meeting.
The Chief Minister had on Sunday had asked officials to take the Centre to task during the Apex Council meeting.
Stating that the Centre is doing nothing, he directed the officials to be firm in demanding that there should be absolute clarity on the allocation of water to Telangana.
“Andhra Pradesh state is intentionally creating disputes on the river water sharing. We have to give a befitting reply to the AP State’s arguments at the Apex Council meeting. Give an absolute clarity on issues so that the AP government will not raise the issues again in future,” he said.
“Take the opportunity to expose the seven years delay caused by the Centre and its inactive role on the matter. Oppose and reject the attempts made to undermine the rights of Telangana people. Utilise the Apex Council meeting to tell the whole country about the facts,” KCR added.
-IANS
Facebook
Twitter
WhatsApp

Amid reports that Telangana Chief Minister K. Chandrasekhar Rao being not invited to receive Prime Minister at the Hakimpet airport on Saturday, an official...
Read more
News

Cinema Ticket Rates To Go Up After GHMC Elections

Is Megastar Chiranjeevi Cutting His Own Throat?

Nearly 30% polling in Hyderabad till 4 pm

Post Marriage, Kajal Becomes Extra Busy with Back to Back Films

Avinash loses the plot- To be ousted from Bigg Boss 4