Pawan comes with a strong counter

Power Star Pawan Kalyan chief of Jana Sena today issued a press statement giving shock to his brother Naga Babu. He completely disowned his brother Naga Babu and clarified that neither he nor his party Jana Sena is any way associated or responsible for the controversial statements made by Naga Babu or others who later claim that they made them in their personal capacity.

Pawan Kalyan asked all his party members, cadre and supporters not to bother or react to the controversial comments made by Naga Babu. Pawan asked everyone to concentrate on helping the poor and needy during the testing times of the corona crisis and lockdown.

Pawan gave a call to his partymen to concentrate solely on social service and not react on the controversial statements of Naga Babu and others even though rivals hold Jana Sena responsible. He asked supporters to work as the disciplined soldiers of Jana Sena.

It is known that Naga Babu made insulting comments on Mahatma Gandhi supporting his killer Nathuram Godse. 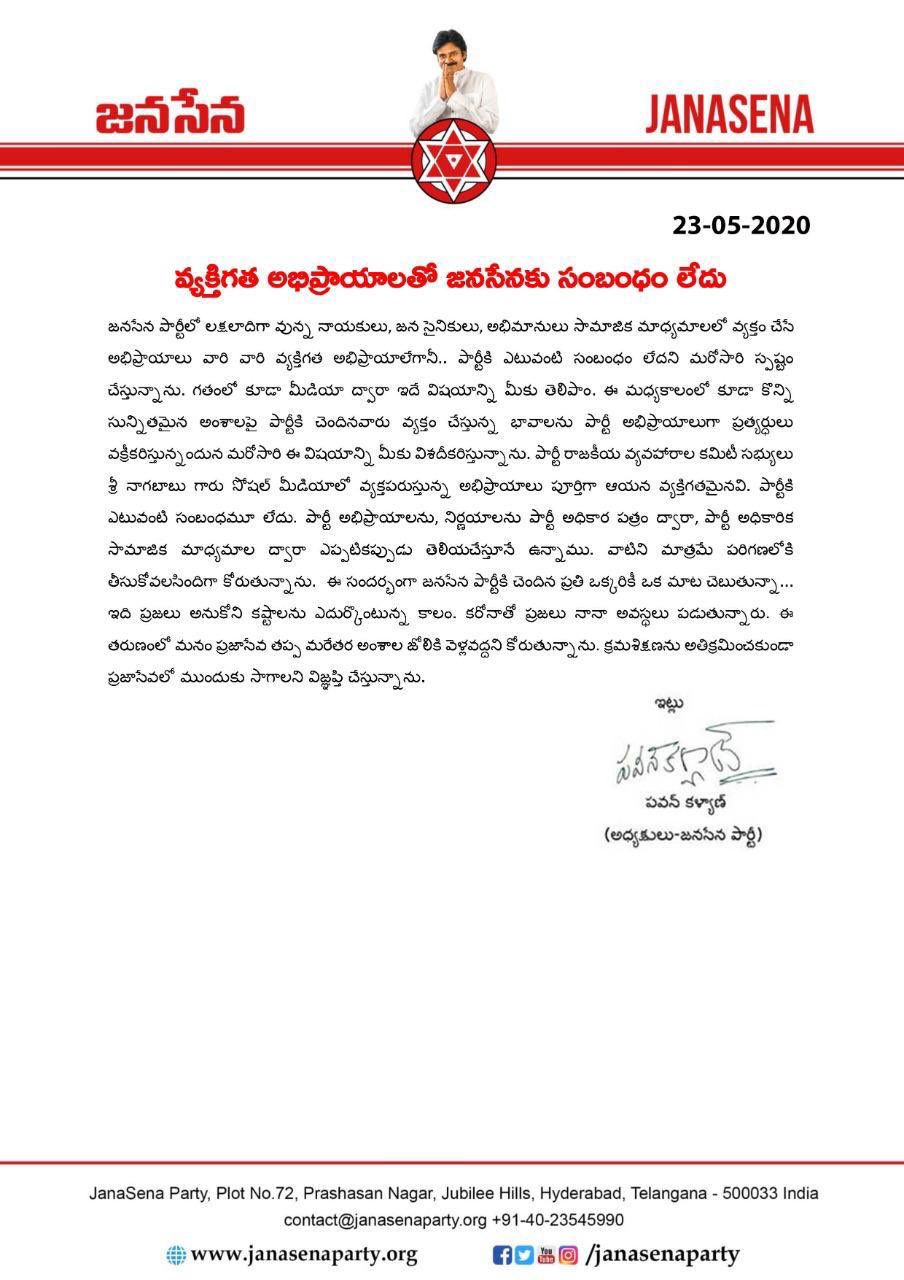 Mehreen Pirzada made an astonishing revelation today. It is very well known that she got engaged to Bhavya Bishnoi from Haryana, a young politician...
Read more
International

The new strain of the Covid-19 virus which is said to be more infectious is likely to have evolved in the UK. Nick Loman, Professor...
Read more
Entertainment

Exclusive: These contestants are nominated this week!

Bigg Boss Season 4 has been full of surprises. In the eighth week, Bigg Boss lifted the elimination altogether as Noel requested that there...
Read more