TRAI to regulate Skype and Whatsapp?

The Telecom Regulatory Authority of India (TRAI) has tabled a consultation paper on whether Over-The-Top (OTT) communication services can be brought under a control regime. The proposal from TRAI comes in the wake of repeated complaints from Telecom operators over losing significant revenue due to OTT apps like Whatsapp, Skype, Hike, Facebook etc.

Telecoms argue that features like messaging, Voice and Video calling are licensed to be provided only by the TSPs. With OTT applications providing similar services through the internet as the medium, Telecom Service Providers claim that they are witnessing at least 15% loss in revenue.

In general, Telecom service providers or TSPs own the license to provide the facilities of calling and mobile internet. Apps like Skype and Whatsapp provide similar facilities without any license or infrastructural need, through the internet. These apps route through the platform provided by Telcos (by using the mobile internet) and hence, regarded as Over-The-Top communication services. Citing this our as usual greedy Telecom operators came forward with a consultation paper via TRAI to discuss on the possibility of implementing a licensing method for OTT apps. 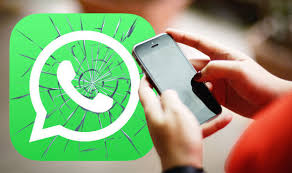 So far, TRAI has maintained that it is only a discussion and it has no opinion of its own on whether to regulate OTT apps or not. A similar demand was put on paper in 2015 when the issue of Net-Neutrality surfaced for consideration. However, the topic on OTT apps did not get enough momentum at that time.

Sources said that the Telecom companies are working on providing enough details to the TRAI over the loses it is incurring due to over the top communication apps. On contrary, the Broadband service providers union opposed the move. “Over The Top communications apps work globally and putting licensing norms on them will not help Digitalisation. It may stop such apps from offering services in India, irking Indian citizens. I don’t think that the government will allow this”, said Ramakrishnan the president of Broadband service providers Union in India.

Most importantly, TRAI may have the authority to control activities related to Telecom operators but does it have similar functions when it comes to OTT apps?. Over-the-Top applications work with the Internet as the medium and do not rely on Telecoms in any way. TRAI officially does not have the right to make regulations on something which falls under the Internet domain. If it does, it might lead to resurface of arguments on Net-neutrality once again!

New Delhi: The Facebook-owned instant messenger, WhatsApp in the Delhi High Court has challenged the new IT rule over the traceability of messages and...
Read more
International

New Delhi, Aug 8 (IANS) With the Indian government talking tough on WhatsApp's failure to check the spread of fake and provocative content on...
Read more

When Samantha called and Broke Down