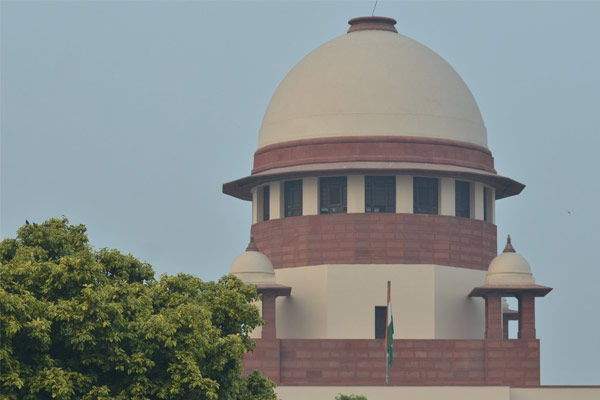 In a big setback for telecom companies, the Supreme Court on Friday dismissed their plea seeking correction of alleged errors in Adjusted Gross Revenue (AGR) calculation.

A bench headed by Justice L. Nageswara Rao said all applications were dismissed. On Monday, the apex court already said it would pass its order on applications filed by — Vodafone Idea, Bharti Airtel and Tata Tele Services Ltd — alleging arithmetical errors in the calculation of AGR dues payable by them.
The top court, citing an earlier order in the matter, had noted the order clearly point out that no re-assessment of AGR-related dues can be done. The telcos submitted that arithmetical errors can be rectified and there are cases of duplication of entries.

Senior advocate Mukul Rohatgi, representing Vodafone Idea, had submitted they were not blaming the Department of Telecommunications (DoT) for it, and there are arithmetical entries. Rohatgi added that they want to bring these errors to the attention of concerned department, for their rectification.

The bench reiterated that the apex court order had made it clear that there can’t be any re-assessment.

Rohatgi responded figures are “not cast in stone” and added, tribunals don’t have the power of review but they can correct arithmetical errors. He submitted that they were not seeking any extension of time.

Solicitor General Tushar Mehta, representing the Centre, submitted he has not received any instructions from the DoT on allowing correction of errors.

The bench had said that it has said not just once, but twice and thrice that AGR demand can’t be recomputed.

Senior advocate A.M. Singhvi, representing Airtel, said there are cases of duplication and also of payments made but not accounted for. He submitted, “I don’t want to pay thousands of crores on account of these errors”.

Mehta said he can take instructions on this within two days. “It may be little hazardous for me to make statement without taking instructions..”, said Mehta.

In September last year, the top court had given 10 years’ time to telcos, who were struggling to pay Rs 93,520 crore in AGR dues outstanding amount to the government.

The apex court had said that telecom operators shall make the payment of 10 percent of the total dues as demanded by DoT by March 31, 2021. The bench had said the rest of the amount was to be paid in yearly installments commencing from April 1, 2021 to March 31, 2031.