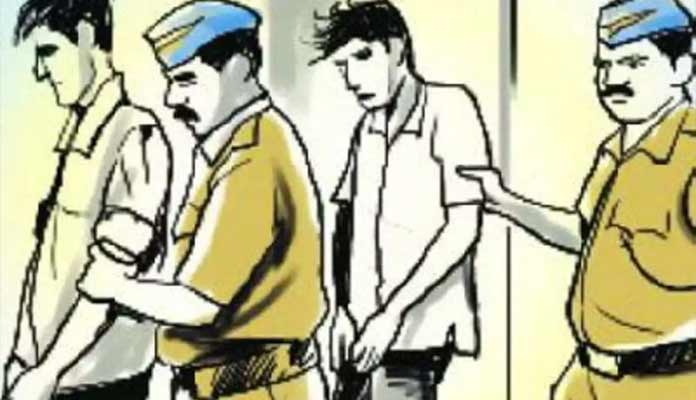 Hyderabad: Hyderabad police on Thursday arrested a youth who crushed a woman to death and injured five others under a Mercedes SUV he was driving rashly.

The accused is said to be the son of a tobacco trader. The details of the accused are likely to be announced on Friday.

A 38-year-old woman, a beggar, was killed and five others injured when the overspeeding SUV rammed an auto-rickshaw and other vehicle in Shahali Banda in the old city of Hyderabad on Wednesday evening.

The driver of the car and the co-passengers were allegedly on a joyride and fled after the accident.

The horrific incident was caught on a CCTV camera. Mercedes GL-350 was seen speeding away after mowing down the pedestrian and others. The CCTV footage shows some people running for cover.

In another clip, the co-passenger is seen with his head out of the car window.

A case under sections 304 A IPC (Causing death by negligence) and 337 IPC (Causing hurt by act endangering life or personal safety of others) was registered at Hussaini Alam police station.

The Mercedes SUV was registered in Maharashtra. Police found the house of the accused locked. He, however, was arrested late Thursday and is likely to be produced before media on Friday.

Is he the culprit behind Pushpa and Sarkaru Vaari Paata leaks?